Hydroponics, the process of growing plants in water without the use of soil, is often cited as the definitive solution for massive global problems such as feeding the developing world, combating deforestation, and even growing crops in Space. But the history of this seemingly futuristic technique of farming dates far, far back than you would imagine. 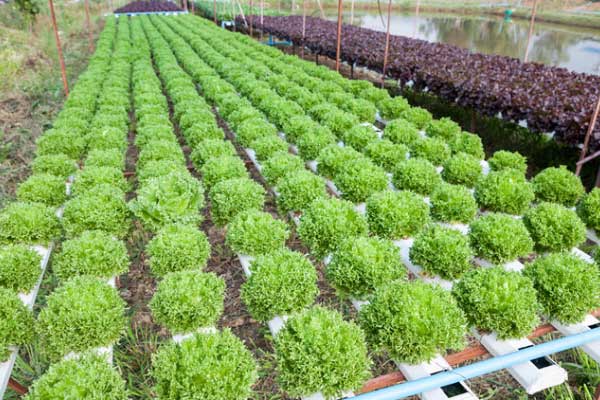 The word Hydroponics is derived from Latin, Hydro meaning water and Ponos stands for Labor or in other words ‘working water’ to grow plants. The earliest reference to Hydroponics is said to date back to The Hanging Gardens of Babylon! The Hanging Gardens, which are today one of the Seven Wonders of the World are believed to have functioned based on Hydroponic principles. That would make Hydroponics older than the Pyramids. Many other historic civilizations such as the Aztecs or the ancient Chinese are also believed to have employed a similar technique to what is now modern hydro culture, in their agricultural practices.

The relatively modern history of Hydroponics, still goes back to the 17th century when Jan van Helmont‘s classical experiment attempted to show that plants obtain substances from water. The Belgian Horticultural scientist’s “Willow Tree Experiment” was flawed but hugely important as it set the tone for his contemporaries to further develop this branch of farming. In 1699, John Woodward, a fellow of the Royal Society of England, managed to discover that plants derive minerals from soil mixed into water solutions. Woodward’s discovery culminated into two German scientists, Julius von Sachs and W. Knop, standardizing a nutrient solution making it possible to grow in water only with no medium holding roots.

Finally in the 1920’s, Dennis R. Hoagland developed the “Hoagland’s Solution” creating a nutrient formula that is still the basis of what is used today and Dr. William F. Gericke at the University of California coined the term “hydroponics” to refer to growing plants in water without soil.

Hydroponics soon began to gain popularity and was even used during World War II to grow crops for troops on barren Pacific Islands. The main driving force behind its popularity can be credited to the various benefits that Hydroponicsentails. The amount of water required is far less than traditional farming, leading to water conservation. Hydroponic s also preserves valuable top soil, is protected against crop failure, reduces space required to grow and uses no pesticides or harmful chemicals.

In conclusion, while Hydroponics has been around for centuries, modern technology and scientific advancements such as the drip irrigation system has enabled us to grow plants faster, stronger, and healthier. Modern Hydroponics might be only 40 years old but it has, in this fairly short span of time adapted to many situations, from outdoor field culture and indoor greenhouse culture to growing fresh vegetable for military crews.

Food shortages, the growing population and water scarcity are real issues that might affect our future generations; the potential of a more efficient farming method thanks to Hydroponics promises a solution to these difficulties and a brighter future in more than one way.

Pegasus Agriculture is the leading provider of Hydroponic solutions in the countries of the MENA region. It remains committed to innovation and technologically advanced farming practices, while helping countries to attain food security.