According to a recent global report on food crisis, the number of people deemed “severely food insecure” or vulnerable to starvation grew from 80 million in 2015 to 108 million in 2016. 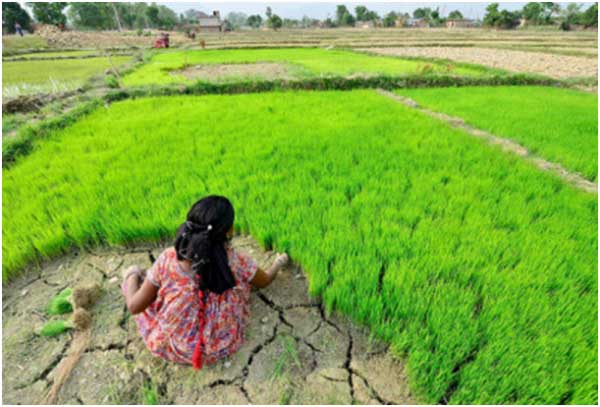 The dramatic increase reflects the trouble people have in producing and accessing food due to conflict, record-high prices in local markets and extreme weather conditions such as drought and erratic rainfall.

To curb this, scientist and engineers have developed Hydroponic Farming technology which helps address production cost concerns, yield and limit labor required to produce crops which make the food more affordable and abundantly available for consumption.

Hydroponic Farming has been identified to be the most favorable farming technology being adopted by farmers in the 21st century with a healthy and stable 10% growth being registered each year. Benefits associated with the technology can be used to address environmental, climate change and food security concerns being experienced across the globe today as well as in the future.

One common method of this farming technology involves growing crops in greenhouses inside nutrient rich flowing water which runs through gullies that hold the plants. Unlike conventional farming, there is no requirement for soil in Hydroponic Farming which helps eliminate the need for large plots of fertile land.

This also means the Hydroponic Farms can be designed in vertical pyramid shaped farms which will maximize production of crops on each square meter of space. Growing the crops in an enclosed space also results in reduced crop failure and waste due to the elimination of crop pests, diseases.

While the cost to establish Hydroponic Farms is high, farmers can compensate their investment through high and stable yields. This makes farm management considerably easier allowing the farm managers to manage their crop better.

One of the biggest attractions associated to Hydroponic Farming has been the technological ability to grow crops in otherwise infertile environments. This has been achieved in multiple ways such as indoor environmental control systems, nutrient controls and cooling techniques. Each of these contributes immensely towards growing crops in unfavorable conditions.

Labor costs are considerably lower in Hydroponic Farming due to the elimination of unnecessary growing medium (soil) on the farms. As a result, since farm crops are being grown in a sterile medium to help hold the root, weed and soil management are eliminated altogether.

Currently there are many companies in the region taking advantage of hydroponic farming technologies and practices. One of the major players in the region, Pegasus Agriculture Group, a leader in Hydroponic Farming technology has said “Hydroponics is a sustainable alternative that can help address production concerns, yield and limit the labor required to produce crops which make food more affordable and abundantly available for consumption. Thus, making it the most sustainable and low cost alternative to a rising food crisis around the globe”

Pegasus Agriculture is one of the leading owners and operators of hydroponic farming facilities in the Middle East and North Africa (MENA). Their head office is strategically located in Dubai, UAE and serves as the headquarters for their growing global distribution network.