Before you run and duck for cover, this article isn’t going to address the ways in which you can induce that nasty green mould which is so common around bathrooms. Unsurprisingly, we’re talking about green from the eco-sense and even though the bathroom is generally one of the smallest rooms in the house, it’s still very easy to make it less of a burden on the environment. 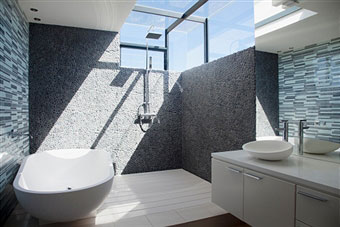 The rest of this piece isn’t going to concentrate on the famous four minute shower, or encourage you to use the shower rather than take a bath for water-saving purposes. Instead, we’re going to look at several home improvement methods that can make your bathroom usage much more efficient – and subsequently reduce your bills and harm to the environment.

Invest in a dual-flush toilet mechanism

The word “invest” might be used a lot through this article, as everything we recommend will save you money in the long-term. A dual-flush toilet mechanism unquestionably falls into this category and for those readers not in the know, they refer to those systems which have two buttons. One will initiate a standard flush of the toilet, whereas the other will use less water. We don’t need to say any more about this method, it does save water and will reduce your bills in the process.

This is a debate that will always rumble on, although we happen to have gotten hold of statistics which prove that electric showers are much more efficient. Less than two years ago This is Money claimed that a 10 minute electric shower would cost 15p, while for the same length of time a power shower would cost approximately 23p. Now, an 8p difference might not sound like mega-bucks, but when you total up the amount of showers your family has over the course of the year it could prompt major savings. Additionally, the fact that you never have to worry about those horrible, mid-morning cold showers when your hot water tank has been emptied must count for something.

Funnily enough, these systems aren’t very expensive to install. They’re the market favourite and you’ll find that the costs in overhauling your shower system to an electric-based one aren’t very much at all.

Topping the shower off: the head 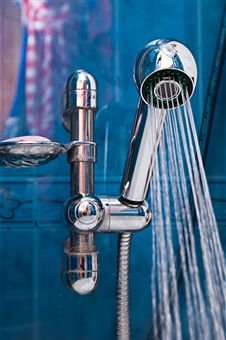 In a bid to maximise your shower’s efficiency, you don’t just have to stop with the pump. There are now countless “low flow” shower heads on the market and these do exactly as they say on the tin; they limit the amount of water that is dispersed. In fact, most of the time you’ll be receiving less than 2.5 gallons per minute and considering the fact that some older models are as high as 5.5gpm – this can again result in huge water savings.

Technology means that these heads don’t have to be uncomfortable either, and you won’t necessarily be receiving a mere trickle of water. For example, if you opt for an aerating head, this will combine air and water to create a misty effect and compensate for the lack of flowing water.

At the moment, one of the biggest suggestions from green enthusiasts seems to be LED light fittings, which is hardly surprising considering the savings that are provided through them. However, when it comes to the bathroom many people seem to completely ignore them and instead just concentrate on water-saving practices.

Now, we’re not going to speculate how long you use your bathroom for, or more importantly how long the lights are on every day. It’s most probably much less than the habitable rooms of your home, although that doesn’t mean that savings can’t be made. The initial cost of LED lights has dropped considerably over the years and by installing these in your bathroom, you’ll barely be shelling out anything to light it. Additionally, forget about changing them – most last a minimum of 50,000 hours.

We could have also gone off on other tangents, such as recycling water. However, in a bid to target the majority of readers, this guest contribution has hopefully looked at the green solutions that are open to everyone. None cost an arm and a leg to implement, but all of them can reap fantastic savings. 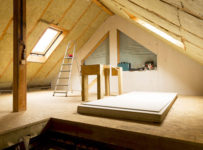 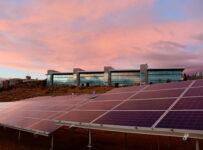 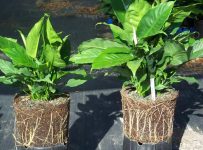