When people think of wind power energy, they start to visualize the big and high-tech towers that have blades that are spinning around, and this has become common over the past decade on hilltops in many places around the world. But one fact that many people don’t know is that wind is the oldest source of power that has been used by man. The wind was in the past used in propelling boats, grinding grain, and pumping water by our ancestors. 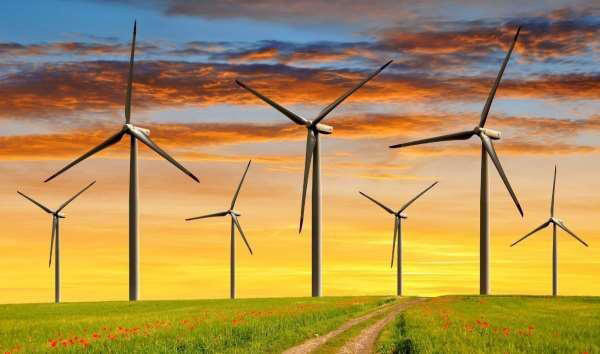 While these applications are still being used to date, wind power is currently used mainly to generate electricity in both small and large scale. We will focus today on large. In all of these cases, the kinetic energy generated by the moving air is what provides the power.

National Renewable Energy Lab which is under the department of energy released a report recently which showed that renewables can become the main contributor at 80% of American electricity by 2050. This will come from wind power installed this way.

There are some obvious advantages of using wind power; It is cheap, renewable and relatively cheap. Many of these advantages are global in nature (example reduced the emission of the greenhouse gas and depletion of fossil fuel), the disadvantages are mostly local (e.g. land use, visual and noise pollution). The main disadvantage of using wind energy is the fact that wind does not blow in a steady or consistent manner.

There are a number of issues that have been raised over the years, but most of these are usually misconception. There is one common, that windmill is responsible for the death of a lot of wild birds. This was the case in the past when the early windmills were being used, especially in the case of one wind farm in Altamont Pass in California. The turbines of the windmill were spinning at a very high speed and it was located on a major avian thoroughfare. Turbines today are highly efficient and spin at low speeds, the poles used to support the turbine is smooth unlike in the past when the lattice-style structure was used.

The Audubon Society today supports wind energy; this is because they have recognized the fact that global warming results in a greater threat to the population of birds in the world than that of a bird colliding with a tower. The number of fatalities has been put at around 20,000 birds every year, which is way less compared to the death of cats caused by transmission lines.

Another controversy that has started to swing around in the recent past is that windmills can be responsible for global warming, but there is nothing further from the truth.

There was a study done by the State University of NY at Albany, and the results showed that at night, the ground around the turbines can warm up. This is a result of the mixing of the cool air at the ground and warm air above by the turbine. The effect might be real, but there no need for concern because there is no introduction of heat into the atmosphere of the planet as carbon dioxide does by trapping heat that should have escaped into space. The process will just mix cool air below with heat that has been there. A good way to understand it is by thinking it as a pot of soup on a stove with the sun providing the heat, the action of the windmills is like stirring soup and the greenhouses form the lid. The earth we know of today had the same temperature that was there when the lid was on.

There is some truth in the fact that mixing air can cause an effect on the local weather, but experts hold the belief that the effect can be reduced by having enhanced turbine blade designs that minimize mixing and placing turbines in areas that are naturally more turbulent.

Here are the pros and cons of wind power.

The US had 46,919MW of installed wind capacity at the end of 2011. The number is expected to increase, whether production tax credits are renewed or not. There have been an increased number of mergers in the wind developer space as the industry becomes more consolidated.

In short, wind power might not be the perfect solution, but it is the best when we look at the options available in the market today. As for me, wind energy is a great long-term transitional energy source over the next fifty or even hundred years.

One more thing about wind is the fact that once it is done, it doesn’t leave any long-term toxic legacy like nuclear power, or tar sands oil. When done with wind, we simply remove the towers and nature will just grow back in. 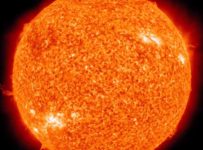 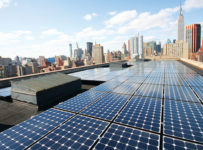