Cast the clock back a decade ago and everywhere you looked was being populated by new buildings. The likes of London, Leeds, Manchester and all of the other major UK cities had an influx of new contemporary flats, while this was also the case in the housing industry. 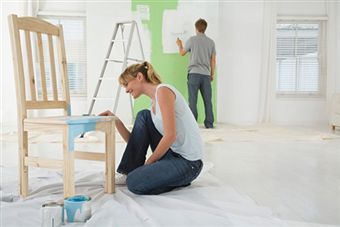 Nowadays, this has completely changed. You can probably count the number of newly built commercial buildings on one hand and while we don’t have any official statistics to hand, the same occurs with the domestic sector.

The reason for the above is simple; the country is attempting to go green. Some developers would like nothing more than to pledge their investment in new-builds, although a lot of the time this is completely out of their control. Here, we look at four wider reasons why the country no longer relies on new-builds and is instead venturing down the sustainable pathway of refurbishing existing properties.

One of the primary reasons why developers are simply unable to invest in new-builds is because of all of the red tape from a planning perspective.

The government may continually state that it’s now much easier to gain planning permission, although this only applies in certain scenarios. The National Planning Framework now places incredible emphasis on sustainability, encouraging developers to make use of the natural resources that are available as well as any brownfield sites.

While it is by no means impossible to erect a new house or block of flats, all of the planning guidelines are attempting to push investors in a different direction. For the person looking to construct one single dwelling it’s unlikely to be a problem, but for those that build on mass obstacles are likely to be erected if they start to favour the new-build approach.

At the time of writing BREEAM has only just been implemented for refurbished buildings, as up until recently it was only reserved for new construction. In simple terms, this is a scheme which awards points every time a development satisfies a sustainable issue.

One might question just why BREEAM is important and why it is helping propel the growth of refurbishments. The reason is simple; it’s much harder to satisfy as many points in new buildings. This is a framework that takes into account everything from bus routes to local amenities and most of the time, existing buildings can already conform to these reasons comfortably. It’s not uncommon for new-builds to be situated, at least initially, in the middle of nowhere.

Why does any of this matter? It’s understood that there could be rewards in the future for buildings that reach a certain number of BREEAM points, or even potential penalties for those that don’t. Admittedly, this is still something for the future – but this happens to be something that many developers have one eye on.

Once upon a time modernising a 100 year old building was beyond impossible, without investing bucket loads of money into the practice. Nowadays, advancements in construction technology means that it’s perfectly doable. The new varieties of internal and external solid wall insulation have transformed the existing building stock from a green perspective and it doesn’t cost developers the earth to implement these measures. 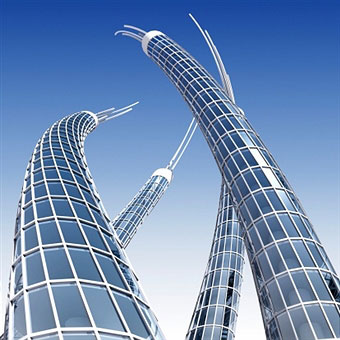 Additionally, alterations are much easier to orchestrate. English Heritage have prompted a lot of problems for those developers looking to change existing buildings, yet it’s now possible to make changes without altering the appearance substantially. For example, in a listed building, it takes a severely dilapidated beam for the authorities to permit it to be replaced. As such, it used to be very difficult to negotiate a lot of timbers in poor condition. Now, however, there are products that can efficiently resolve these defects, with a water resistant wood adhesive being one possibility. Such a product can fill and disguise holes in timbers, meaning that they no longer have to be replaced and it’s much easier to satisfy petulant conservation officers.

A common theme through this article has been to refer to government pressure, whether this is through the planners, schemes such as BREEAM or even English Heritage to an extent.

Part of the reason why all of these issues are being pushed is because of hefty targets that the UK has to reach. What we’re referring to is the CO2 targets that need to be complied with by 2050; that is, reducing the emissions by 80%.

A tiny proportion of developers will attempt to do their part and concentrate on existing buildings anyway, but the fact that the construction industry is one of the biggest contributors to CO2 emissions means that the government has introduced schemes to control it. These are shaping up the direction that buildings are heading mean that rather than seeing shiny new blocks of flats being erected, you’re far more likely to see former offices being turned into apartments in your local city centre.