Cell phones, and especially Smartphones, have made our lives easier in many ways. We use our phones to watch movies, listen to music, post updates on our social media profiles, to discover great restaurants or find our way when we’re lost – and, oh, yes, to actually have conversations with one another. In the developed world and in the developing world alike, Smartphones and cell phones have become essential accessories.

Industry leaders such as Environmental Data Resources provide vast amounts of data to their customers, much of it accessible through cell phones, tablets or other multiple devices. However, as cell phones and Smartphones have become more versatile, they have also become more power hungry. Battery life, or rather, extending battery life, has become a critical element of cell phone functionality and technology that can extend Smartphone battery life has potential uses in a variety of industry sectors.

How the Device Works

The device being developed at KTH Royal Institute of Technology is called the MyFC PowerTrekk. MyFC PowerTrekk draws power from water to extend the battery life of small devices such as cell phones that have a capacity of up to 3 watts. The device attaches to a cell phone through a USB port. Once it’s connected, the user pours a small amount of water onto a small disposable disc inside the MyFC PowerTrekk device.  The action of pouring water onto the disc releases hydrogen gas which combines with oxygen in the air, converting chemical energy to electrical energy. The resulting energy gain is sufficient to charge an iPhone to between 25 percent and 100 percent of its full charged battery capacity, the researchers claim.

The researchers chose to use fuel cell technology rather than solar cell technology for their device because fuel cells are a faster and more reliable source of power than solar energy. In addition, fuel cell energy has been refined so that batteries are small enough to power passenger cars. In the near future, the technology should be sufficiently developed to allow fuel cells to be small enough and economical enough to use in laptops as well as in devices such as MyFC PowerTrekk, according to the researchers.

Potential Uses for the Device

In many parts of the world, cell phones and Smartphones provide the only reliable means of real-time communication, because land lines and electricity are either unavailable or too expensive for the majority of the population to afford.  Technology such as MyFC PowerTrekk could be invaluable in extending the battery life of these devices, which in many cases are virtual lifelines to the outside world. Such technology would make it more practical for Smartphones to be used for mobile payments or to access weather information, for example. 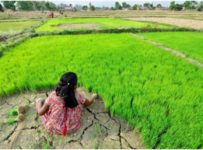