Ask people to name an oil spill and they will most likely refer to the spill that happened in the Gulf of Mexico in 2010. While this was certainly a well-documented oil spill, it was not the worst. That title belongs to the “Lakeview Gusher” spill, which happened in California. The spill lasted for more than a year, from March 1910 to September 1911. Over the course of this 18 month period, 9 million barrels of oil were poured into the ocean off the coast of California.

The third worst oil spill is the Ixtoc I spill, which took place in the Bay of Campeche in Mexico. 3.3 million barrels of oil were released over the course of 9 months, from June 1979 to March 1980. This spill did not result from the sinking of a ship, but rather from an oil well being blown.

The fourth largest oil spill is the Mingbulak spill, which pumped 2.1 million barrels of crude oil into the Fergana Valley in Uzbekistan. The spill occurred in 1992. While the Migbulak spill is only the 4th largest in the world, it is the worst oil spill ever to be recorded in Asia.

Number 5 on the list of worst oil spills is the Amoco Cadiz spill in France. The Cadiz ran aground in 1978 and discharged its entire cargo, 1.6 million barrels of crude oil, into the sea. The spill happened in 1978 and is the only oil spill on this list to have happened in Europe.

The second worst spill in Asia and the sixth largest spill in the world occurred in the Nowruz Oil Fields in Iran. There were actually two spills, both occurring in 1983. One spill resulted from a tanker collision and the other resulted from a helicopter attack on the region. All told, about 733,000 barrels of oil were poured into the Persian Gulf.

The seventh worst spill in the world took place at the Guadalupe Oil Fields in California. What is notable about this spill is not how much oil was spilled, but the extensive length of time over which the spill happened. Over a period of almost 40 years, from the 1950s to 1994, 286,000 barrels of oil were pumped into the sea off the coast of California.

Coming in at 8th place in this list of oil spills is the spill resulting from the Exxon Valdez in Alaska. In 1989, the Valdez ran aground in Prince William Sound, due to a severely inebriated crew. Only 257,000 barrels were spilled, which is not that much compared to the BP oil spill or the Lakeview Gusher spill. But not a lot of oil was needed to cause severe damage to the fragile coastline of Prince William Sound. 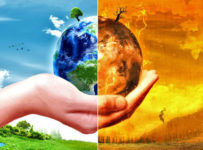